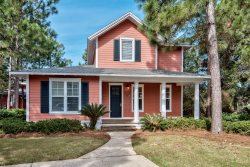 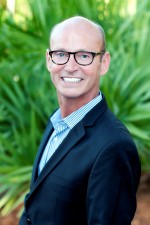 Scott Russell, Co-Owner
Prior to forming Russell and Russell Consulting with his business partner, John Russell, Scott Russell was the Vice-President of Sales and Marketing for Sandestin Golf and Beach Resort in Destin, Florida. In his role, Russell oversaw all Sales and Marketing activities for the Resort. He also served as strategic counsel for the Marriott Courtyard and Marriott Residence Inn, both located at Sandestin, as well as Cottage Rental Agency in nearby Seaside. Since forming the partnership, Scott Russell has worked with many of Northwest Florida’s top rental management companies such as Homeowners Collection, The Emerald Grande and My Vacation Haven on branding, sales strategy and marketing direction. In addition to these vacation rental companies he continues to work with local, regional and national hotel companies in sales and marketing support. Clients in this area include the newly opened The Pearl in Rosemary Beach as well as The Delano, Shore Club and Mondrian in Miami Beach and The Westin Monache Resort in Mammoth Lakes, CA.

Russell served more than 18 years with The Ritz-Carlton Hotel Company, most recently as vice president of sales and marketing for the company’s properties in the Caribbean and Mexico. During his tenure with Ritz-Carlton, Russell was also responsible for all company-wide sales training initiatives as well as Vice-President Global Sales, North America. In addition, he held senior leadership roles with Ritz-Carlton New Orleans and Ritz-Carlton Atlanta. Prior to joining Ritz-Carlton, Russell spent six years with the Le Meridien Hotel in New Orleans, where he served as sales manager, assistant director of human resources, and director of training.

Russell received his bachelor’s degree from the University of New Orleans. He is also a graduate of several Ritz-Carlton sales training programs including Mastering Sales Productivity, Strategy and Peak Performance programs as well as Ritz-Carlton’s renowned “Oratorio” public speaking program. He is the recipient of several awards and recognitions including Ritz-Carlton’s top sales person in 1992, 1993 and 1994. In 2003, Russell was named one of New Orleans “Top Men of Substance and Style” by New Orleans Magazine and in 2004 he was named WHERE Magazine’s Silver Plum Award winner as the “Marketing Director of the Year.

Recently he was awarded with Walton Chambers Leadership in Excellence Award as well as “Brilliant Boss” by Simon T. Bailey in a nationwide search.

Russell all serves on the Advisory Board for Visit South Walton the local TDC in Walton County.

John Russell left Ritz-Carlton to become a partner in the West Paces Hotel Group. This luxury hotel management company was formed by the former CEO of Ritz-Carlton, legendary hotelier Horst Schulze. During his six year career at West Paces, Russell was the Vice-President and Managing Director of several properties and taught Hospitality Finance for two years at Auburn University. The last property managed by John Russell for the West Paces Hotel Group was the Daufuskie Island Resort and Breathe Spa located off the coast of South Carolina. Among the many amenities of this island resort were 150 vacation rental properties, Russell’s first experience in the vacation rental market.

John Russell joined Intrawest Hospitality Management as a Senior Vice President and Managing Director in January of 2009. Responsibilities in this position included managing the 1,400 unit vacation rental operation of the Sandestin Golf and Beach Resort, the 220 vacation rental unit operation of the Cottage Rental Agency in Seaside, the Marriott Courtyard, and the Residence Inn by Marriott. During this time John Russell was Chairman of the Walton Area Chamber of Commerce, Chairman of the Destin Charity Wine Auction Foundation, a board member of the Sandestin Owners Association, board member of the Grand Sandestin HOA and board member of the Bayside Inn HOA. Intrawest sold its holdings in Sandestin to Tom Becnel in March of 2010 and Russell was named President of newly formed Sandestin Investments, LLC.

John Russell has a Bachelor of Science degree from Smeal College of Business at Pennsylvania State University and is the President of Destin Charity Wine Auction Foundation.

Jump to a Rental